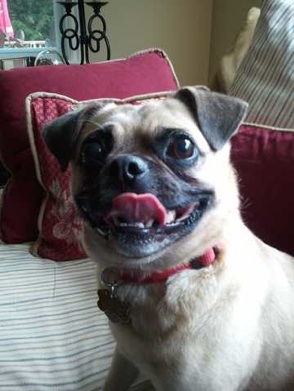 time now but unfortunately never got around to it.

Harley has been doing quite well in the nearly 2 years since we adopted him. He has adjusted well to our Pug/Boston Terrier mix Chewie and they often play together.

Not long after adopting him, we noticed that we was not eating regularly, upon inspection we noticed a large amount of plaque build-up as well as a badly damaged incisor. 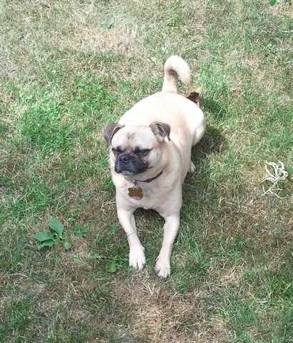 having that resolved he began to eat more regularly. We moved to Ottawa in the summer of 2010 Harley once again adjusted well to his new surroundings and certainly appreciated the larger yard and numerous trees easily accessible to him.

Although we will never a dog we can trust off leash; as the Beagle in him takes over quite quickly, he listens well and has become very attached to my wife. 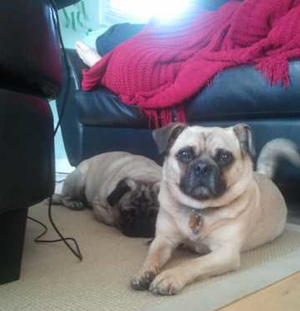 Thanks again to the folks at the rescue for helping make Harley a part of our home.